GOOGLE TO GIVE GOOGLE+ A SHOT IN ITS ARM

Google’s VP, Bradley Horowitz recently made an announcement that they will refurbish two best features of its much less logged-in site, Communities and Collections.

The company said that the refurbishing idea took place on the basis of past two months of their existing Social Networking research. Based on the research, Google found that Communities, which acts as a social discussion forum, gets more than 1.2 million hits on a daily basis. Whereas Collections, which was recently launched in May as a dashboard feature to provide people and brands a better platform to share and organize their posts, is expanding at a faster rate.

That’s why the revamped Google+ dashboard features, Communities and Collections are in more prominent positions as compared to their previous isolated Home pull down menu position. The new dashboard has a more spacious feel to it than the older one.

On the recently drafted changes, a Google spokesperson said –

With that said, Google+ with its new dashboard features look will be available to users on the web as an extra opt-in option. The users can explore this option by clicking on “Let’s go” in the lower left corner of its dashboard functionality. Laced with the new look, these features can be expected to be launched for iOS and Android apps in the near future. 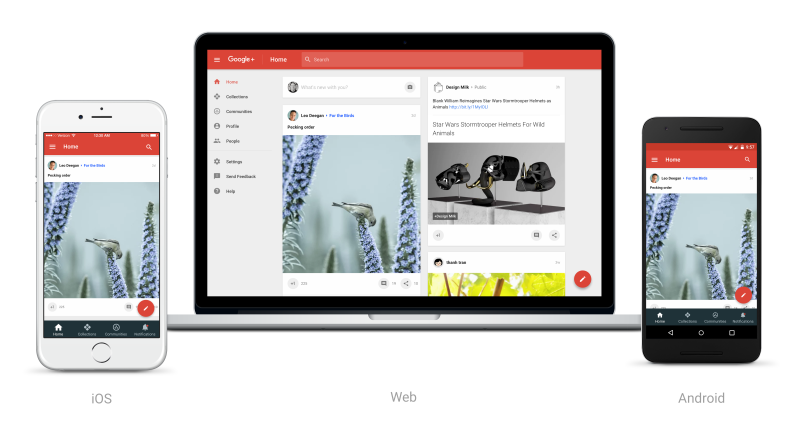 Nevertheless, it remains to be seen whether Google+’s new sharing focus manages to equally interest both users and marketers, or not. Especially after several marketers expressed their heart felt condolences to Google+ as a marketing tool, could this development inject a new lease of life into Google+? Only time will tell.