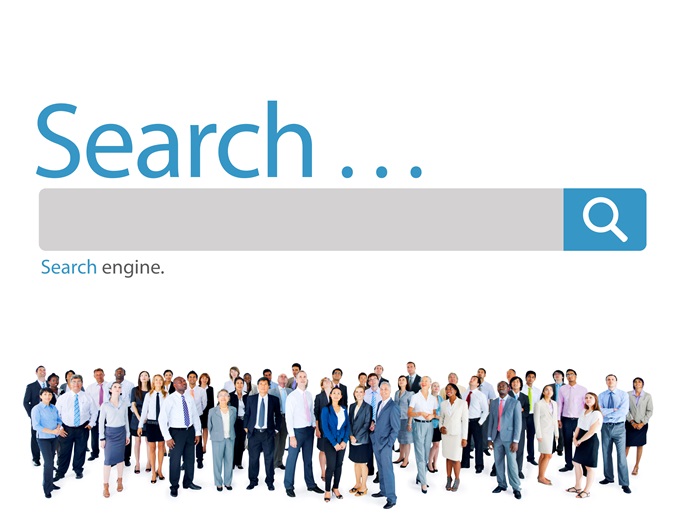 With an estimated $950 million at stake, last Saturday was easily one of the rarest as it witnessed millions of Americans waiting anxiously for the declaration of the winner of one of the biggest Powerball lotteries drawn in the history of US. People swarmed search engine domains to possibly get a look at the winning entry, as the online search activity touched a new high.

Millions of Americans got themselves hooked onto various search engines such as Google, Bing, Yahoo, Ask.com, Facebook and Twitter to know if they had the winning entry or not. This resulted in Google Trends showing a huge upward curve in terms of searches, particularly for the term “Powerball”. But did these searches really help them in finding out who the lucky winner was? Let’s see what it was like.

Three hours into Google searching but it didn’t reveal any answers. Instead, it showed Google News Onebox and the Twitter carousel showing tweets that had the term “Powerball”. 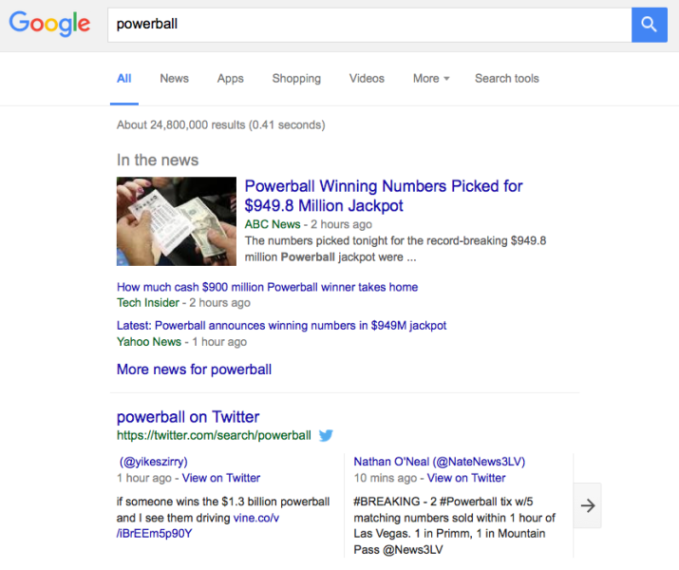 In comparison to Google, Bing searches didn’t include an answer box to display the winning numbers. But like in Google searches, you’ll be able to find the winning numbers on page one of the search result snippets just below the fold. Above the fold, Bing displays the Powerball web link along with its News result pack. 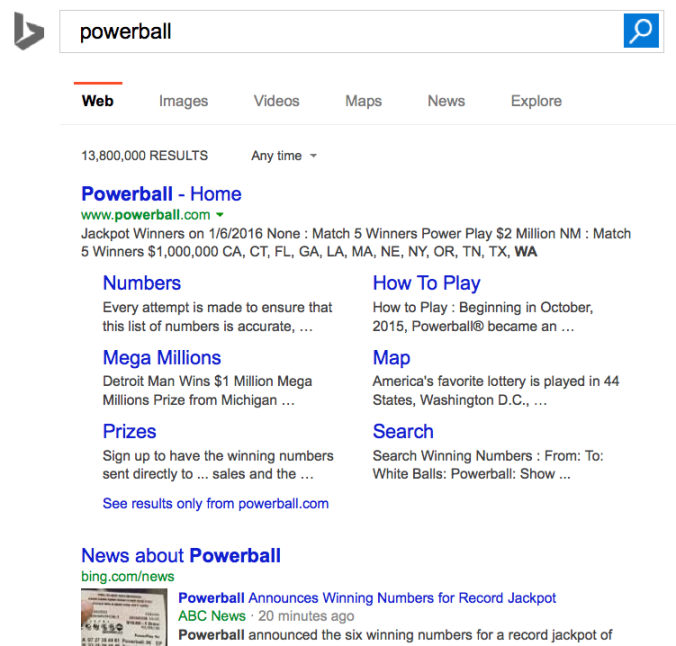 While Google and Bing got it wrong with respect to the placement of the winning numbers, Yahoo and Ask.com surprisingly were right on the button. Here’s how.

Yahoo search did show the winning numbers right at the top of page one of the search results. Since the estimated jackpot figure kept changing throughout the day, we can ignore Yahoo’s fault on that count.

Alongside Yahoo searches, Ask.com came out with a result showing the winning numbers of Powerball. Besides that, DuckDuckGo showed pure organic results sans any links and they were even less helpful than Google and Bing. 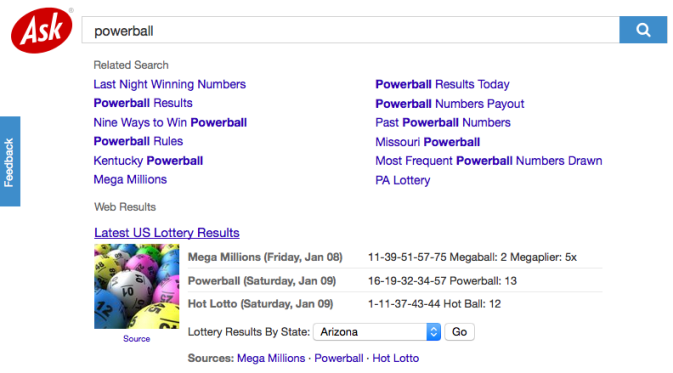 Surprisingly, where many top search engines failed to do the needful, social media sites like Facebook and Twitter were quite handy in revealing the winning entry. Here’s how.

The process here may not be as convenient as other search engines like Yahoo or Ask.com, but it also didn’t require any scrolling or clicking as such.

Like Facebook, Powerball was one of the top trending stories on Twitter. And when the term Powerball was searched across its search domain, it revealed a tweet that included what we were after i.e. the winning numbers. 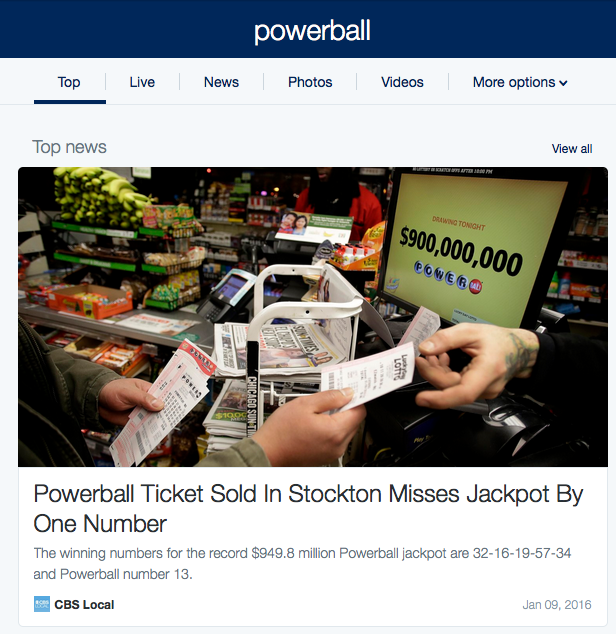 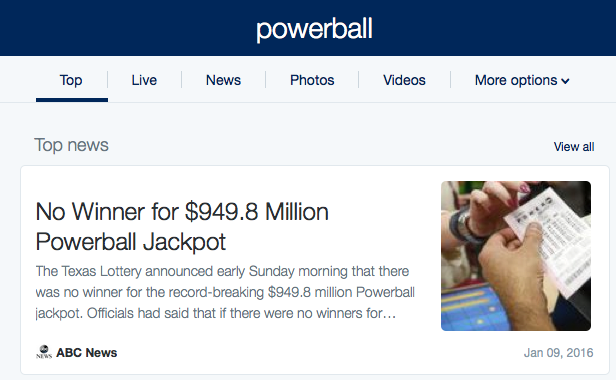 Google and Bing domains were searched again but they served the same results sans winning numbers. Of the two, Google search did come up with the right answer by displaying five of the winning numbers in its snippets, as seen below. 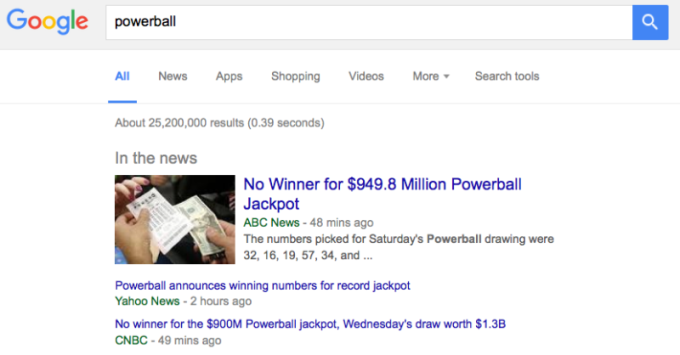 This somehow spoils the credibility of both Google and Bing search engines, who are ranked as the top two search engines of the virtual world.